A group of Gen Z-ers gathers at a remote mansion for a weekend party. After considerable amounts of drinking and drugs, they decide to play a game of Bodies Bodies Bodies. 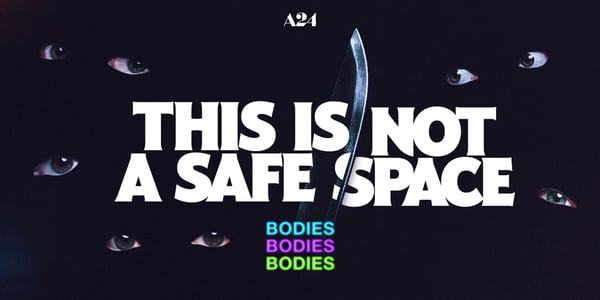 In the game, one player assumes the role of "killer" and tries to murder other players in the dark by touching them without being identified by the other players. Mayhem ensues as people start dying for real.  Friendships in the group dissolve as they struggle to figure out who is doing the actual killing. The arrival of a hurricane adds to drama and anxiety in the group.

The screenplay, written by Sarah DeLappe, is loaded with twists and turns to keep audiences guessing.

Check out the trailer here.